I just came across this article by Ziemowit Pierzycki about how he was scammed out of $1,500 for a camera lens he bought on Amazon.

He seems to present clear evidence that this was an organized scam designed to part him from his money with no intent by the seller to ever provide the item purchased. He did a great (if a little dangerous) job of documenting his evidence and investigating the scam. He found that the scammer used the address of a deceased person. They likely got the address from the person's obituary which included his address.

Someone from the deceased person's family signed for the parcel, even though they weren't expecting anything.

The parcel contained baking mats, not a lens.

Even though he could demonstrate that the parcel was delivered to the wrong address, and that the package contained baking mats, not a lens, Amazon has so far refused to provide a refund under the A-to-z Guarantee, even though he has provided ample evidence of a scam. This was highly thought out and organized by the seller. They knew the rules for not having to provide a refund, and how to make Amazon think the package had been delivered.

Some things you can do to protect yourself.

So far, shame on Amazon for putting this poor buyer through all these hoops and for having so many scripted, possibly off-shore support personnel being robotic instead of recognizing and investigating organized scammers.

It appears Jeff Bezos' office received the email from Mr. Pierzycki, and they continued to blow him off. On the Amazon side, I'm sure the scammers try to scam Amazon with fake claims of non-delivery as often as valid customers like Mr. Pierzycki file valid claims. As a valid customer, that isn't Mr. Pierzycki's problem, it's Amazon's to solve.

Mr. Pierzycki provided ample evidence that he ordered an expensive item and it was delivered to the wrong address, and on top of that, it wasn't what he ordered in the first place. Clear hallmarks of organized scamming.

If Amazon can't quickly and easily pick up the ball on this, refund the customer's money, and investigate the scammers, there are a lot of happy scammers and unhappy customers out there.

Come on Amazon, have systems in place to help valid customers with such complaints and have ways to investigate fraudulent sellers!

Thanks to Mr. Pierzycki for the excellent post documenting his horrible experience so clearly. It helps us all to watch for warning signs.

Brian Krebs reported on a similar scam, but the scammers he mentioned used a hacked Amazon seller account. 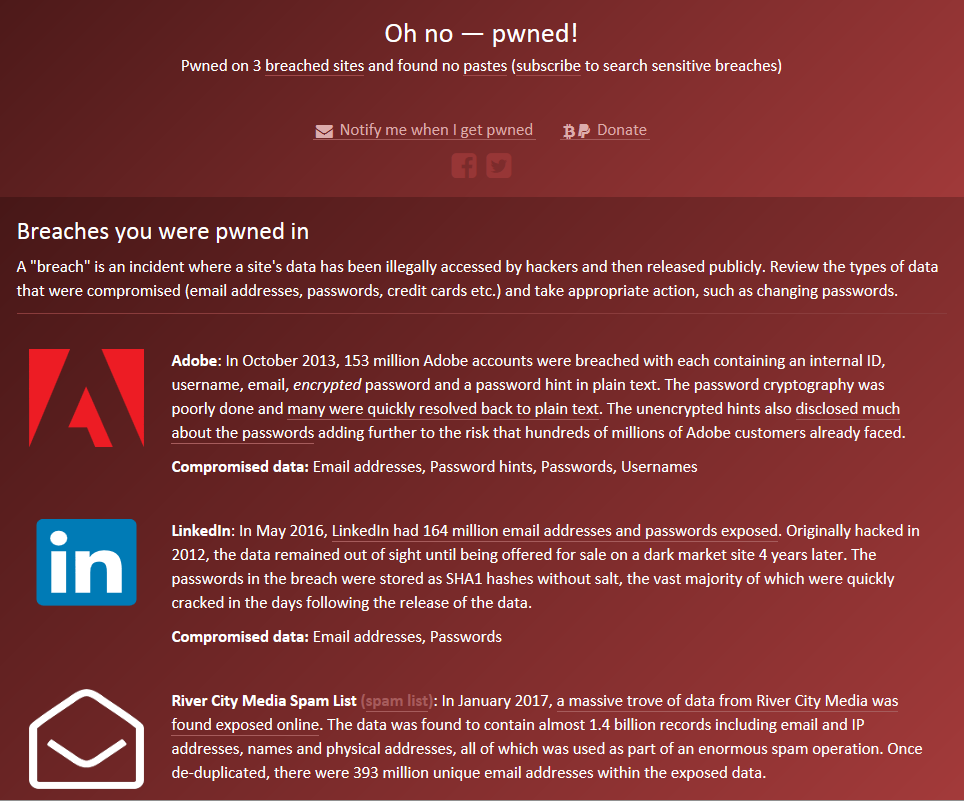 Millions upon millions of accounts are compromised every year. It is very likely that the account for some web site or online service you use has been exposed by an attack. How can

I recently suffered a little down time on my site due to my letsencrypt certificate expiring and having some difficulty renewing because I'm using CloudFlare's Content Delivery Network in front of my site.